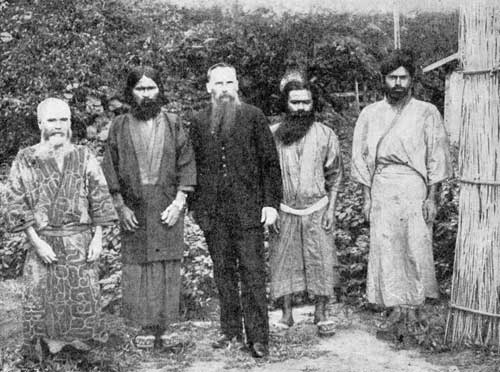 This early Japanese liturgical publication is transliterated into romanized Japanese for use by Anglophone missionaries who were not yet fluent in normal written Japanese. Similar publications followed in 1916 and 1964.

John Batchelor (1854-1944) was a long-serving Anglican missionary in Japan whose primary work was among the Ainu people of Hokkaido. His translation of the Book of Common Prayer into Ainu is also available online.

David Griffiths identifies this translation as No. 67:2 in The Bibliography of the Book of Common Prayer 1549-1999 (London: The British Library; New Castle, Delaware: Oak Knoll Press, 2002); it is not mentioned in William Muss-Arnolt's Book of Common Prayer Among the Nations of the World (1914). It was digitized in January 2012 by Richard Mammana from a copy belonging to the late Thomas N. Rae.